Not that heavy-bass rap stuff or Dubstep right?

So, what’s the deal here?

You may have been to a club or two during those EDM nights and realized that most guys don’t really know how to dance to club music.

The bass is pumpin’ and the beat is going off

and you look around,

Most guys are just trying to bop to the beat. The ones that had a little bit too many tequila shots may be doing some fancy footwork or maybe some fancy arm work, but all in all, most guys aren’t doing much in terms of dancing right?

So how exactly do you ante up on your dance skills a little, especially to this EDM stuff?

How do you get down and have a little fun, impress a few ladies and ensure that you don’t look like a clown?

For some reason you just can’t seem to get the groove right?

Feeling a bit “off”?

A little self conscious wondering whether you look “okay” or not?

Well, in this guide, I’m going to show you a couple simple things you can do to start getting comfortable with the “groove” of club music.
First, check out this video.

This dance move is super versatile and works well with all kids of club dance music that has different speed and tempo.

Try it a few times to get a “feel” of the groove first.

First, we’re going to start off slow with a hip-hop-ish type of beat.

Essentially, you will want to lean forward or be in the “up” motion on each “DOOP” and “BAP”. Does that make sense? Okay, let’s give it a try.

This song should be pretty easy to catch since the tempo is quite steady. Give it a few plays and follow along.

After that, let’s speed it up and get a little housey.

It may be a little of jump so if you don’t catch it right away with this next song, don’t worry. Just go back to the hip-hop beat and run it through a few more times.

Another tip, you’ll want to tone down your movement for the faster beat so you can do the movement more quickly. So instead of a heavy “grooving” motion, it will turn more in to like like bopping back and forth motion.

Again, it’s a bit faster, so brace yourself!

Here is the faster beat:

Alright, and that should set you off to a decent start.

I don’t have to say this, but with practice, you will become more in sync with the music and you won’t have to “think” about the movements when you’re dancing.

Want to improve more quickly so you can take your moves out to the club at the next party?

Check out the Dance Floor Confidence program to find out how! 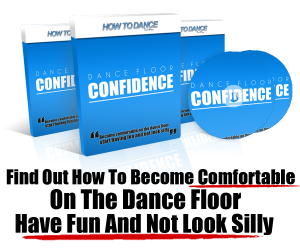